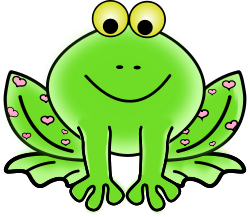 Just saw a link to a story on the Guardian titled “Common pesticides ‘can kill frogs within an hour’“. Obviously, my interest was peaked. Global amphibian decline is a well-noted phenomenon, and it is possible that pesticides may play some role. But killing frogs “within an hour” is a pretty shocking result for a pesticide that is used properly. The Guardian piece reports on a study published today in Scientific Reports by Carsten Bruhl et al. The study aimed to study “a ‘realistic worst-case’ exposure scenario for single pesticides with direct overspray on a natural soil substrate.” To do this, they caged frogs, and sprayed them with the pesticides. So I guess this would be pretty realistic to find out how pesticides sprayed in a field would injure frogs that were in the field at the time of spraying.

To find out the actual risk of a frog being killed by a pesticide in the real world, there are two components that must be quantified: toxicity and exposure. This study did a fine job of testing the toxicity of these pesticides when sprayed directly on frogs. But it is quite a leap to say this is or isn’t a significant contributor to global amphibian decline, because the study does nothing to estimate the exposure to these pesticides that frogs would experience in the wild. I really don’t know how many frogs hang out in crop fields, but it seems to me that a field where these pesticides are used would not be a very welcoming habitat for frogs to begin with. Estimating the potential exposure is necessary to put this toxicity information to any practical use.

So this study basically looks at the risk to frogs who happen to be in the field at the time of application. But let’s put this in context. A crop field is a pretty dangerous place to live, whether pesticides are sprayed or not. The frogs that do live there are going to have a difficult time surviving many cultivation practices, not just application of synthetic pesticides. Even many organically approved weed control methods would probably kill a frog if it happened to be in the field at the time. Take flame weeding, for example. I wonder how long a frog would live after this implement came over top:

And I would presume the medieval-looking rotary hoe (pictured below) wouldn’t do any good to a frog in the field, either. In fact, I vividly remember pulling impaled toads off of the rotary hoe we pulled behind our old John Deere 630 when I was growing up. So, yes, pesticides may kill frogs “within an hour.” But I highly doubt many of the organically approved weed control methods would be any safer for a poor frog making a crop field her home.