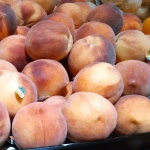 A recent article from Western Producer titled “Canada has a world-class food system” was recently re-posted by the Genetic Literacy Project (GLP). GLP, whose stated mission is to “explore the intersection of DNA research, media and policy to disentangle science from ideology”, commonly aggregates news stories. But when they re-posted this particular article, the headline was changed pretty dramatically, to “WHO study finds thousands of illnesses linked annually to organic foods.” After some criticism in the comments, it was later changed to remove reference to a WHO study. There are a few things that really annoy me about this Western Producer article and the GLP headline. I initially expressed my annoyance with the headline on twitter, but I wanted to expand a little on this topic, because I fear this is becoming an all-to-regular occurrence.

Ignoring the question of whether food borne illness from organic food is relevant to “the intersection of DNA research, media and policy”, the headline written by GLP was extremely misleading. Many people in my ‘tribe’ (people who support appropriate use of GMOs and pesticides in agriculture), get really upset when unsupported claims are made about modern conventional agriculture. For example, there was outrage when the New MacDonald ad was released by an organic marketing group because it implied that modern food production technology was somehow unsafe. I think this outrage was justified. If misleading your customers about alternative products is necessary, you apparently don’t have a very strong belief in your own product. But the headline at the GLP seemed to be doing the exact same thing here; trying to manufacture fear of a market segment without any credible evidence in support.

Although it seems that this type of tactic is common, this case is particularly concerning to me. For one thing, as Adam Merberg said on twitter, this disinformation is being provided “in the name of literacy.” But even more troubling is the fact that the World Health Organization report that was referenced in the Western Producer article has absolutely nothing to do with organic farming. Search the press release yourself, it does not use the word organic. The WHO is trying to bring attention to food safety, and I think that is a laudable goal. It is misleading, perhaps even dishonest, to try and use this effort to cast doubt on organic food safety.

The original article at Western producer is mostly about how safe food is in Canada, in large part due to the well-funded regulatory system in place there. The link between the WHO report and organic food (from which the GLP headline was derived) is a quote in the Western Producer article by Stuart Smyth, Industry Funded Research Chair in Agri-Food at the University of Saskatchewan:

“Thousands of cases a year of food illness are triggered from organic products. It’s largely due to the process of them using manure slurry as fertilizer and coming down to improper household food preparations in terms of making sure that they’re properly washing organic food.”

And this gets at the bigger reason why the GLP headline frustrated me. It isn’t so much that the headline was misleading, it is that the claim made by Stuart Smyth was not supported by evidence; at least not the implication that organic food is less safe than other production methods. I’ve seen several implications over the last couple years that organic food is riskier due to food borne illness. To my knowledge, though, nobody has provided sufficient data to actually support this claim. Improper use of manure can certainly increase the risk of contamination with problematic microorganisms. And organic farming is generally more reliant on the use of animal waste for fertility, since synthetic fertilizers are not allowed. But it is quite a stretch to claim that organic food is unsafe for this reason, as Rob Wallbridge explains here. An analogous argument would be that conventional food is riskier because of reliance on pesticides. Synthetic pesticides are commonly used in conventional agriculture, and if they’re used improperly, synthetic pesticides can be unsafe. It is hypocritical to bash organic food as unsafe because of manure while defending the safety of synthetic pesticides in conventional agriculture. At least until someone can provide solid data in support of this position.

A while back, Andy MacGuire wrote a piece for Biofortified.org where he argued that crediting “organic practices” for building soil-health was misleading because:

…the researchers ignore the fact that manure application and diverse crop rotation, practices that improve soils, are not exclusive to organic production. There are plenty of conventional farmers here where I work, in the Columbia Basin of Washington, that use manure and have diverse crop rotations (just like the 3- and 4- year rotations in this study). Even in the Midwest, there are many conventional farmers who stray away from a corn-soybean rotation, and many of them use manure too. So, while manure and crop rotation might be more common in organic production, it is not organic production per se that improves soils.

Post updated April 20, 2015 to clarify that the source of the organic food claim was not the GLP, but a quote in the Western Producer article.