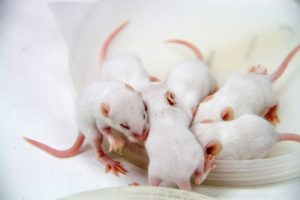 A study published in the Proceedings of the National Academy of Sciences (PNAS) has both glyphosate and autism in the title, and so it is sure to re-ignite a firestorm around the world’s most widely used herbicide. The abstract of the article states that the authors “found ASD-like behavioral abnormalities in juvenile offspring after maternal exposure to high levels of formulated glyphosate.” [emphasis mine] One notable bit of information that is not in the title or the abstract is the phrase “in mice” – so it is important to note that these results are in mice. I will let others discuss what these results means in the broader context of biological models of autism spectrum disorder (ASD) – my purpose here is only to examine what “high levels” means, and to put that aspect of this study into perspective.

The upshot: this study found no effect of exposing pregnant and nursing rats to glyphosate at a chronic dose over 700-times greater than what EPA considers a ‘worst-case scenario’ for women of child bearing age. The dose required to cause the effect in the title is nearly 2,000 times greater than EPA’s “worst-case scenario” exposure concentration for this group of people. So although this study may be interesting from a biological perspective, it does not imply any human health problems from using glyphosate. In fact, this study is entirely consistent with previous evidence that glyphosate can be used safely.

The authors agree with this assessment – a UC Davis press release quotes one of the senior authors, putting the results into context:

“Our paper implies no human health risk,” Hammock pointed out. “This was a very high dose of glyphosate, actually close to acute toxicity. This is stress, and the bioassay is the effect of stress in the dam on the pups. The paper shows that with massive doses of glyphosate to the dams for long periods in the maternal stress model that glyphosate causes behavioral abnormalities in the pups.”

This paper added a glyphosate herbicide product into the drinking water of rats, at concentrations ranging from 0.1% to 1% of the drinking water. For perspective, when we mix agricultural Roundup products, we typically end up with a 1% to 5% solution; so the highest drinking water concentration used in this study is akin to drinking directly out of a pesticide sprayer, for many days in a row, without access to other water sources. It is not too surprising, then, that 100% of the rats in the highest concentration treatment died. It is objectively a bad idea to replace water with pesticides in your diet. One cannot survive on pesticides alone.

At the other end of the dose spectrum, the lowest glyphosate concentration used in the study (0.1% Roundup, equal to 0.039% glyphosate) caused no observable problems. In the authors’ words:

“The mortality of offspring in the 0.039% glyphosate group was 0%, and juvenile offspring after maternal 0.039% glyphosate exposure did not show any behavioral abnormality such as locomotion, social interaction deficits in a three chamber test and depression-like phenotype in the forced swimming test.”

The purported effect of glyphosate was observed at the next lowest concentration used in the study:

So how does this glyphosate dose (0.098%), which was the lowest concentration where effects were observed, relate to the ‘real-world’? The authors of this study did not monitor (or at least did not report) the amount of water (and therefore glyhosate) consumed by the rats in the study. Based on this study, let’s assume that it was approximately 10 milliliters of water per 100 grams of body weight. At that level of water consumption, the rats in the 0.098% glyphosate treatment would ingest, on average, 135 mg of glyphosate per kg of body weight per day (mg/kg/d).

The authors state that their 0.098% glyphosate treatment “corresponded with 1/80th of the glyphosate no-observed-adverse-effect level, as reported previously (45).” But as far as I can tell, this statement is not accurate. Reference 45 in the paper is this paper by Williams et al. (2000), which contains a useful summary table at the end. The no observable adverse effects level (NOAEL) is listed at 175 mg/kg/d. In the current paper, the lowest dose causing an effect was 135 mg/kg/d, and the highest dose not causing an effect is 54 mg/kg/d. So the results of this most recent study are not a dramatic departure from previous safety assessments of glyphosate. The Williams paper also provides the chronic toxicity of POEA, an adjuvant present in most Roundup formulations, and shows it is substantially more chronically toxic to rats (lower NOAEL = higher toxicity). The current study uses the formulated product that combines glyphosate + POEA, and therefore, we would expect the NOAEL to be somewhat less than that reported by Williams et al. (2000).

In their most recent human health risk assessment review of glyphosate released in 2017, the US EPA estimated a NOAEL level of 100 mg/kg/d, which is consistent with the findings of this most recent study (LOAEL = 135, NOAEL = 54), and this new study is therefore unlikely to have had much impact on EPA’s overall risk assessment. EPA estimates in their risk assessment that the worst-case scenario exposure for women between the ages of 13 to 49 is 0.069 mg/kg/d. So the dose that caused the effect observed in this study is 1,956 times greater than we would ever expect pregnant or nursing women to be exposed to.